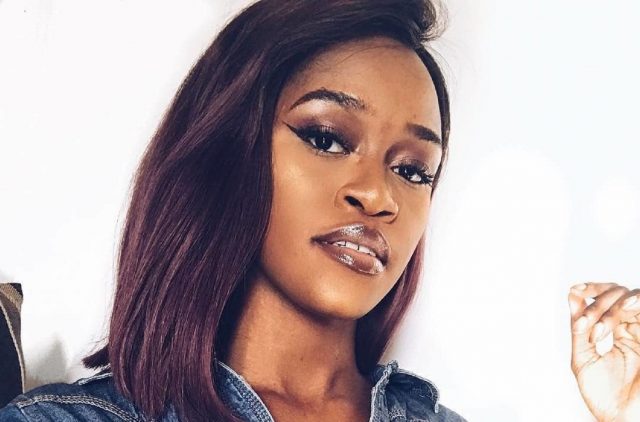 Twitter exploded last Monday after Instagram Influencer and comedian, Maraji, also known as Gloria Oloruntobi, shared a post on her Instagram story with the culturally controversial statement, “There is only one way to heaven. No Allah, No Buddha, No Krishna, No Evolution. Only Jesus.”

The post which included Jesus’ words to Thomas, His disciple, in John 14:6, “I am the way and the truth and the life. No one comes to the Father except through me,” received a barrage of disapproval.

Many religious discusses are crowded with sensitivity and emotion, especially when a seeming controversial statement props up. However, the root problem soon surfaces and it is neither a lack of sensitivity nor the emotive drive. Rather, it is one of abject ignorance about religious issues that has engulfed society.

Man is a religious being it is said, but man is sadly ignorant of religion and Nigeria is not an exception. Nigeria is a massively religious nation comprising one of the world’s largest Church attendance and Islamic adherence, yet religious discussions are quite disappointing.

This scenario greets us with multiple examples. A Twitter user was so miffed that she Tweeted in response to Maraji’s post, “This is so wrong and insensitive, allow people practice whichever faith they believe in. You don’t have to rub your belief in people’s face.” She goes on to say that this is against the teaching of Christianity.

The subtle irony of that Tweet is revealed in the fact that the writer is doing the exact same thing that Maraji is accused of. For if everyone is to be allowed to “practice whichever faith they believe in,” then Maraji should also be allowed hers even if that includes the belief that Jesus is the only way.

The inescapable pull from this is simple: All religions are exclusive. Jesus states emphatically in John 14:6 that He is the only way to God. That statement is either true or false and it flies in the face of relativism which states that there is no absolute truth except the truth that there is no absolute truth. Talk about a self-destructive system and you have it right there.

Conversely, Islam teaches that Muhammad is the seal of the prophets and the Quran is the final authority by which all other books must be judged. However, all other religious texts including the Bible contradict the Quran.

The Bible teaches that Jesus is Lord (Romans 10:9), that He died on the cross for sins (1 Corinthians 15:3) and that He rose again (1 Corinthians 15:4). These are foundational for the Christian. Given that the atoning work of Christ on the cross is the means through which the believer stands justified before God, a disavowal of that means a rejection of the Biblical teaching which if true is true (sorry).

Take the crucifixion of Jesus. It is reported in multiple extra-biblical sources—see Josephus, Tacitus, Phlegon, Pliny the Younger and more.

The overwhelming evidence has moved many scholars including the atheist Bath Erhman who is no friend of Christianity to state that, “The crucifixion of Jesus by the Romans is one of the most secure facts we have about his life.” However, the Quran denies this.

This leads to a second point: Not only is truth exclusive, it is also objective.

Secondly, there is nothing like your own truth. There is ‘the truth’ and ‘your opinion.’ I am typing on my laptop is the truth regardless of what your opinion is. Vanilla ice-cream is the best. That is my opinion which emerges from my taste and preference. It is in no way my truth.

The statements made by religion are objective statements about reality. Christianity states that:

1. God exists and He is Yahweh
2. The Bible comprising the Old and New Testaments is God’s word
3. Jesus is the Son of God and it is to Him that all must look to for salvation

On the other hand, the Islam denies these and teaches that:

1. God exists and He is Allah
2. The Quran contains his words
3. Muhammad is the final prophet of Allah

Maraji further received responses, one to which she makes an important response. You see, truth is hugely offensive and that exposes the biting response to this controversial statement.

“But don’t you think people or rather Muslims will get offended, besides do we actually worship the same God,” the user writes to her.

No one naturally feels comfortable whenever his paradigms are challenged. As C. Hughes notes, “the Truth only offends those who live outside of it.”

To tell a religious or irreligious person that he is wrong is naturally offensive. However, to sacrifice truth on the altar of political correctness and the desire not to be offensive is unloving.”

If truth is exclusive and objective, then Maraji’s post may be offensive, but she may be right. I believe she is right. I also believe Jesus is the only way to God!

As Maraji also shared we indeed do not have to violate the teaching of the text in order to somehow sound more appropriate for the culture.

Sacrifing the truth to gain people’s acceptance might be charming but it would be unloving and unchristian.