Home Culture Tribal Shaming is Great. Why Don’t We All Get in Line?
Facebook
Twitter
Google+
WhatsApp 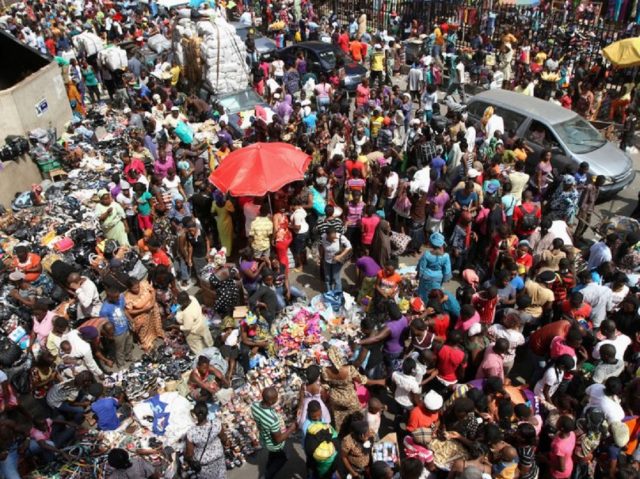 Igbos have been in the news lately. Mostly for non-glorifying reasons. However, the latest events have once again brought to the surface a fact known by everyone. As Solomon noted, “nothing is new under the sun.” In that same light, the current debate only proves that tribal and ethnic shaming among Nigerians come in turn. Once it was the Fulani but today it is the Igbo. We all might get in line soon to shame the Yorubas.

Last weekend, former deputy President of the Senate, Ike Ekweremadu, was assaulted by some members of the Indigenous Peoples of Biafra, IPOB, during an event in Nuremberg, Germany. An incident covered by the international press.

In a Tweet, a prominent social commentator described the assault on Ekweremadu as ‘Biafra Civil War in Germany’. One cannot avoid spotting the insensitivity in such a Tweet. Equating such an unfortunate event with a war where civilians, including children, were rendered homeless, shot, and starved to death, takes an outrageous form of temerity and gut. The subtle point is a hint at enmity among members of a tribe.

In another turn of events, the BBC reports that US authorities have charged 80 people, “most of whom are Nigerian nationals”, with participating in a conspiracy to steal millions of dollars—a reckless scheme popularly known as ‘Yahoo Yahoo’.

Not long after the indictment, the news sparked interesting conversations on Twitter with hundreds quickly dissociating themselves from the suspects. Indeed no one wants to be identified with such heinous crimes. However, to lump an entire tribe into a box because of the failures of a few is a dangerous slippery slope.

I have glanced through the list and it breaks my heart to see that out of the 80 names listed, 74 are Igbos. Indeed as an Igbo myself, I agree that we do have a problem especially when there is pressure on the youths to be ‘successful’, to see one’s peer doing extremely well and resolve to do everything possible to get ahead. However, every single tribe has its bad eggs. Bad eggs are not created by the tribe but by the individuals. One could condemn the actions of the 74 without attempting to shame the whole.

Some of the reactions on social media reveal how false our unity is. This is unsurprisingly being displayed by those who should know better. Maybe not. The Tweets are absolutely horrifying and distasteful, while also revealing our weak social fabric.

As I read through the thread of Tweets by Kemi Olunloyo, I left with more questions than answers. She describes herself as a great journalist yet engages in such awful tribal shaming. Such statements would never bring about growth in a diverse nation like Nigeria.

Are we urging the outside world to identify us by our tribes rather than by our nationalities? What happens when a Wole Soyinka wins a Nobel Prize? Or a Ngozi Okonjo-Iweala is appointed head of the World Bank? Are we stating emphatically that Igbos are the only ones guilty of crimes including murder and fraud? Are we moving towards the direction where national appointments are via tribal affiliations and not competence or qualifications? Not that we are not there yet.

Sadly Chinua Achebe saw this years ago and wrote about it. In his book ‘The Trouble With Nigeria’, Achebe describes tribalism as one “accepted at one time as a friend, rejected as an enemy at another, and finally smuggled in through the back-door as an accomplice.” Are the days when one was proud of one’s tribal identity gone? Are we now living in the days where a tribe is simply a partner and an accomplice for shaming others?

It is equally outrageous to describe every Fulani person as a killer because a pathetic bunch are relentless in such gruesome acts. It is also amoral to categorize all Yorubas as hateful because a monarch ordered the drowning of the Igbos simply because they had opposing electoral chooses.

To believe that one’s character or moral choices are determined by the tribe one is born into is a nuanced form of racism. Racists believe that one is to be judged by his skin colour which prompted Martin Luther King Jr. to state in his famous speech, “I have a dream that my four little children will one day live in a nation where they will not be judged by the colour of their skin, but by the content of their character.” In the same way, to shame all Igbos because of the actions of a few and dim that the action of the collective should be denounced.

Igbos on Twitter now have to use the hashtag #NotAYahooFraud to announce what they do for a living and inform everyone that they are not Yahoo frauds. How low we have fallen. Soon the Yorubas would be defending themselves.

Since tribal shaming is a great idea, maybe we should all get in line.