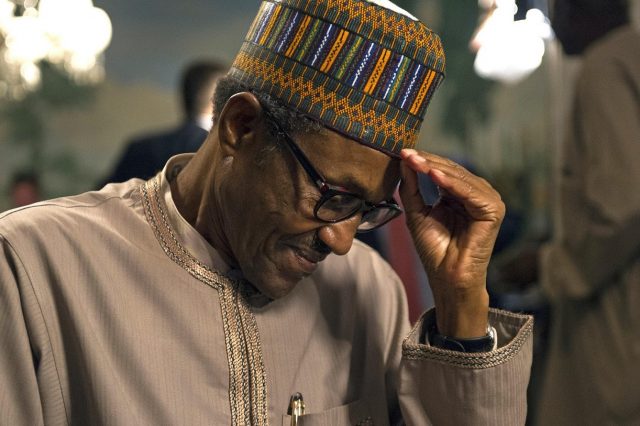 During President Muhammadu Buhari’s three months medical leave in Britain in 2017, a meme circulated the internet questioning his whereabouts.

As often, memes go with sarcastic lines yet most are replete with cryptic messages. Although attributed to the great William Shakespeare, this line nevertheless conveyed a poignant truth.

Buhari, Where Art Thou? The meme asked. For over three months Nigerians were treated to a barrage of deafening silence which has not been unusual from the man in power.

The president’s obstinate refusal to communicate and maintain a rapport with those he is supposedly leading was described as his personal style during an interview on Channels TV by his spokesman, Femi Adesina.

Ironically, days leading to the 2019 General Elections, the president addressed the nation, which raised serious questions about his priorities.

In the current context, the xenophobic attacks in South Africa and reprisals in Nigeria is replete with evidence that neither Buhari nor his men have a clue of the importance of effective communication and strong leadership.

In no way am I blaming the president for the attacks in South Africa neither am I holding him responsible for the actions of pathetic miscreants simply taking advantage of this insane mess to loot and destroy businesses in areas like Lagos and Ibadan, all in the name of protesting xenophobia.

However, it is imperative to note that a true leader would have been proactive and Buhari has simply not been. In the light of events in South Africa, the president would have capitalized on the moment to do what’s right and expected.

It would have cost him nothing to step out and address his people, totally condemning the attacks. Imagine a strong speech assuring citizens that the nation would not tolerate their abuse by foreign nations. How about having some foresight to warn the people at home against reprisals and that anyone who takes laws into his or her hands would be dealt with accordingly. Alas, this isn’t about elections?

However the president and his cohorts thought the best way to abate tensions was to send a 280 character length text announcing the dispersion of a Special Envoy to South Africa.

I am sending a Special Envoy to President Ramaphosa to share our deep concern about the security of Nigerian lives and property in South Africa, and to ensure that the South African Government is doing everything within its power in this regard.

Could it be the case that “Buhari doesn’t care about Nigerians in Nigeria?” Hence, it is “ridiculous to expect him to care about the ones abroad.” Speculations have been forced on us at this time.

The proverb, “If you think you’re leading, but no one is following, then you are only taking a walk,” rings true. The president’s supposed style of silence is far from what 21st century leadership entails and the acute silence smacks of pride.

The attacks on Shoprite, PEP stores and other South African franchises in Lagos is only a microcosmic indication of what lies in the future of an already boiling polity. When a president keeps mum, displays a cavalier attitude towards tribal clashes in his nation, doesn’t show strength and resolve to tackle insecurity threats and hides under the cliché that those previously in power are responsible for the mishappenings, then pent up anger only needs an excuse and opportunity to strike.

This is not a moment to cower. This is a time for true and real leadership.