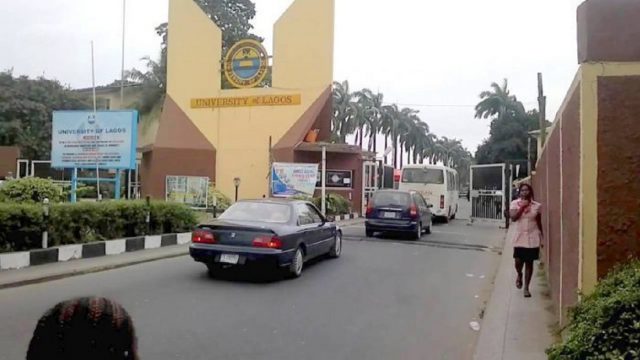 BBC Africa Eye released a 13 minutes video documentary which exposed two lecturers involved in sexual harassment in two academic institutions in West Africa – the University of Lagos (UNILAG) and the University of Ghana.

After gathering dozens of testimonies, the BBC sent undercover journalists posing as students to prove the age long and endemic abuse of female students by their lecturers. Although over the years numerous cases have been brought to the attention of authorities, most have been ignored. In many instances, the students involved get threatened, causing them to either give in to such demands or remain stuck in school.

The video which is both nerve-wracking and appalling shows Boniface Igbeneghu, a lecturer and former sub-dean of faculty of art at UNILAG, sexually harassing a lady who posed as a 17-year-old admission seeker in the institution. The documentary does not only reveal such abuse that happen in offices of the lecturers but also in the staff club as Boniface goes on to mention a secret room called the cold room where lecturers take female students to harass them and worse still pass them around to each other without recourse for the victims.

Every conscience laden person who sees this has a lot to think about and a lot of questions to ask. How possible with the zero tolerance policy towards sexual harassment peddled by UNILAG will its authorities say that they had no clue of the cold room? Is it possible that there are no sane lectures at the institution who could protect the students and report such?

Cold Rooms All Around Us

While pondering over these questions and, I was struck by the reality of a larger context, one that is also being neglected. The fact that we live in a hyper sexualized society attests to the sad truth that although there is a cold room in UNILAG, our society is also overwhelmed by cold rooms. Our advertisements, movies, musics and others are all littered with sexual innuendos and this I believe is because many view sex as only transactional.

Boniface describes the act as one that comes with benefits. According to him, it is sex for high grades. This transactional motif breathes itself in so many ways including presenting sexual allures as just entertainment.

Take our music videos for example, it is impossible to see one without unclad girls depicted therein with the supreme goal of keeping the viewer glued and bought. It is also now bizarre to see a movie without a highly tensed sexual moment. One may argue that these are consenting adults whereas the female students are being abused but can we truly say that the semi-nude ladies involved in the Nigerian singer Tekno’s outdoor advertisement wouldn’t have truly preferred a better means of livelihood?

Numerous Nigerians on Twitter have narrated their sexual assault experiences while undergoing studies. One tweeted, “I was sexually harrassed solely because I had an A in his course. I was forcibly kissed because the other one said “Olashile, You are too smart for your age” Another grabbed my boobs just because “See your skin, I’m sure these breasts will be fresh” Speak of what you know.”

I was sexually harrassed solely because I had an A in his course.
I was forcibly kissed because the other one said "Olashile, You are too smart for your age"
Another grabbed my boobs just because "See your skin, I'm sure these breasts will be fresh"
Speak of what you know

Another said, “One gave me an ‘F’ for refusing to sleep with him… A year later he texts me ‘you refused to sleep with me as a student, we can work out something now that you are a corper.”

One gave me an 'F' for refusing to sleep with him… A year later he texts me ' you refused to sleep with me as a student, we can work out something now that you are a corper

Maybe someday, some of the ladies being used in night clubs, musical videos, job positions will speak up and share their cold room experiences.

If sex is something more than a means of transaction for grades, money, employment, position, power etc, then we ought to treat it with the seriousness it deserves which means every abuse of it be dealt with forthright. However, if it means nothing more than just for pleasure and control, then let us all eat and drink for tomorrow we die.

As we fight to bring justice to the sex for grades victims in our institutions, I hope we will also fight to eradicate the cold rooms in our society. Maybe I am just engaging in wishful thinking.