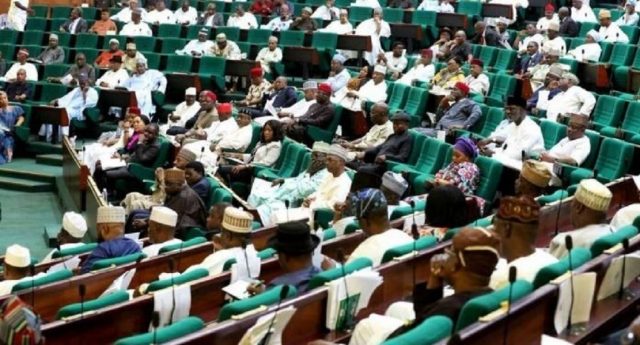 The flatulent size of the national assembly accents the orthodoxies and paradoxes of Nigeria. Nigeria’s lawmakers are some of the highest paid in the world, in a country where about 100 million people live on less than a dollar per day, and where citizens are expected to be stoic and exist in deficit while their representatives in parliament ensconce themselves in surplus.

Is it not pharisaic that while the government insists on burdening citizens with more taxes and increasing the yoke, there is no reciprocity on its part? What is the government doing to shrink the cost of governance?

Why will the government mull reintroducing toll-gates on roads; initiating tax on phone calls; increasing VAT from 5% to 7.5%, and introducing charges on deposits in banks without first curing its gluttony?

As a matter of fact, we run one of the most expensive democracies in the world, and at the same time we are the global poverty capital. How do you define irony?

Our elections are about the most expensive in the world, with the cost ballooning from about N2 billion in 1999 to more than N240 billion in 2019, trumping India’s — a country much bigger in size and in population than Nigeria.

On Tuesday, Italy’s parliament approved axing the number of its members by 37 percent.

The country’s lower house passed a law to abridge the number of representatives in both chambers to save cost. By the legislation, the number of lawmakers in the lower house will be contracted from 630 to 400 while that of the senate will be cut down from 315 to 200.

With each Member of Parliament and senator earning €230,000 and €249,600 respectively annually, the pruning is expected to save Italy about €82 million every year. And the measure will streamline parliament and save the country an estimated €1 billion.

I believe, a country in dire straits like Nigeria, where there is chronic infrastructural challenges, does not need this prodigious number and waste.

Here is how Quartz Africa telescopes this extravagance, “Nigerian legislators, among the world’s top paid, receive annual salaries of between $150,000 to $190,000 per annum depending on exchange rates. At current exchange rates Nigerian lawmakers, would earn around $160,000 more than British MPs who make around $105,000 according to data from The Economist. In fact, until plunging oil prices started putting pressure on the Nigerian naira earlier this year, the Nigerian lawmakers were the second highest paid lawmakers in the world. The average legislators’ pay is more than 50 times Nigeria‘s GDP per capita. In a country where millions live on less than two dollars daily and minimum wage is set at $90 a month.”

Also, Kayode Fayemi, governor of Ekiti state, has argued against this prodigality. “We do need to look at the size of government in Nigeria and I am an advocate of a unicameral legislature. What we really need is the house of representatives because that is what represents,” he said at the Nigerian Economic Summit Group conference in Abuja.

I agree with Governor Fayemi that Nigeria needs a unicameral legislature, but not on ‘’what we really need is the house of representatives’’.

I think, we can do away with the house of reps and retain the senate.

For example, while Anambra, a densely populated state and commercial nucleus, has 11 representatives in the house; Katsina, which is of little economic importance to Nigeria and which sizable portions of its landmass are desert strips, has 15 members in the house.

Naturally, one side will have more votes in parliament than the other. Clearly, this is uneven and unbalanced.

Nigeria is a delicate country and the sensitivities of the variegated population must be considered in national matters. To date, the south-east still wish for the creation of an additional state in the region, where there are only five, to correct the imbalance in geopolitical structuring.

So, we can do away with the house of representatives. Who do they represent?