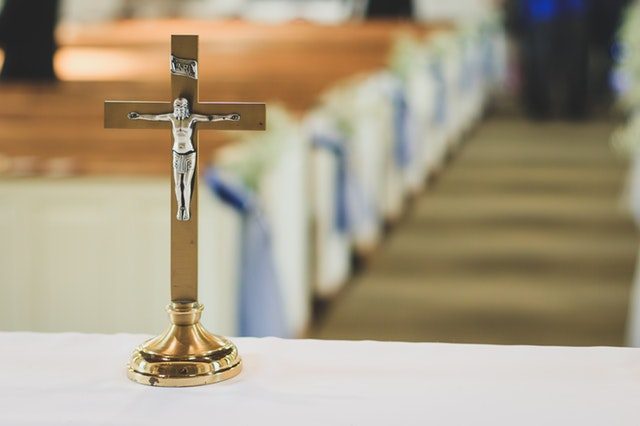 Here’s a quote from a well-known preacher in Nigeria:

“The Bible is a faith book, not a textbook. You read it with your heart, not your head.”

If you’ve frequented ‘religious twitter’ in the last month, you probably know who tweeted that.

But there are obvious problems with his comment. You can’t possibly read the Bible without engaging ‘your head’ (your mental faculties).

When we read scripture, we make connections between the strings of alphabets, words, and punctuations on the page in front of us. We try to pronounce the words correctly and establish that they refer to certain kinds of objects, events, concepts, and so on.

We don’t believe-our-way into understanding the text. We read it, and think about what plain and implied meanings they might convey.

Unfortunately, the quoted preacher isn’t alone in making his erroneous assertion. If you’re a person of faith (like this writer is), you have probably heard statements like this before. Maybe you even believe something like it. It does appear that many (perhaps most) observing believers take this position too.

And that’s a huge problem.

It’s not just an obstacle to reading the text correctly; it’s a symptom of a bigger issue with many people who profess faith in God.

The problem I’m referring to is anti-intellectualism.

Instead of defining this problem, I’ll illustrate it with a couple of familiar examples.

A six-year-old child asks his Christian mother this question: “who created God?”

His mother looks at him with a wry smile, and says “nobody.”

“But how can that be?” he asks, with wide-eyed innocence. “How could God not have been created?”

“Because He’s God,” she answers, with a trace of impatience in her voice.

“But how is He not created because He’s God?” He asks, obviously dissatisfied.

“Because the Bible says so!”

That’s her final answer. And the big frown on her face reinforces the shutdown. Little boy gets it; conversation’s over. But his question remains, stowed away in his mind’s recesses.

A pastor asks his congregation to give him money gifts so that “the blessings of God will be attracted to them.”

At a Church committee meeting, one Church member politely asks the pastor what he needs the money for. The others at the meeting are shocked. The pastor is indignant.

At the heart of these two scenarios, there’s an unwillingness to question, to engage the mind, to ascertain truth. It’s as though trying to ask questions about God or of the actions of clergy are tantamount to blaspheming. We are expected to take things just as they are, because “the scriptures say so,” or “the Bishop says so.”

The Dangers of Silencing the Intellect

This attitude has bred many of the very problems that plague the practice of religion in Nigeria and elsewhere in the world.

The little boy whose many questions about God remain unanswered already has a seed of doubt planted in his heart. The man whose request for the accountability of clergy now has a sliver of distrust for his pastor- and maybe other ‘men of God’ –festering within him. When these mature, they may lead to a weaker faith or a total loss of faith.

Here’s another consequence: when we have no reason to believe, we’re bound to invent whatever reason suits us. And because we know deep down that they are invented, we won’t take our faith as seriously as we should. We might simply pick and choose what parts of scripture to live by, and when we would like to apply it.

People on the outside of faith communities can (and do) see through this phoniness. And they laugh at it. It’s just one more excuse for not practicing the faith that they can cling on to.

In a nutshell, this fear of engaging the mind in the practice of the faith has led to the multiplication of heresies; believers having a weakened, loose, incoherent faith; and some abandoning faith or not considering it as an option.

But Faith is Not Illogical

The Biblical usage of faith is something very different from what most Christians think it is. In the Hebrews 11 definition of faith (Chap. 11:1), the word used for faith is the Greek term ‘Pistis’. That term was used by ancient Greeks as we would use the words ‘trust’ or ‘confidence’ today.

In other words, it’s plainly about trusting in God. But we don’t trust God ‘just because’. We trust Him because we believe the good testimony of others about Him is true, or because we’ve seen Him display His love or power in our (or other people’s) lives.

And that’s exactly how we come to trust electoral candidates, our doctors, and the market woman who sells us pepper – even when we haven’t seen their actions yet (compare Hebrews 11:1). As we engage with them, our trust (faith in them) will either be strengthened or eroded, depending on how well their actions match our initial trust.

There’s nothing illogical about this. And it doesn’t give us any permission to be illogical.

There’s no excuse for anti-intellectualism either.

Paul the apostle argued with the Greek Philosophers at Athens. Al-Ghazali, a Muslim scholar of the middle ages, formulated rational arguments for the existence of God. Thomas Aquinas, who the Catholic Church now regards as a saint, was a philosopher par excellence. Galileo, Isaac Newton, Johannes Kepler, Francis Bacon, Rene Descartes, and Blaise Paschal were all practicing Christians.

None of these men set aside their rational minds when considering scripture or faith. They saw the world they studied as God’s world. For them, there was no strict dividing line between contemplating nature and considering The Almighty’s words and works. It all happened side by side.

We need to recover this wide-eyed enthusiasm for the life and cosmos that God has made. We should be reasonable, just as God Himself is.