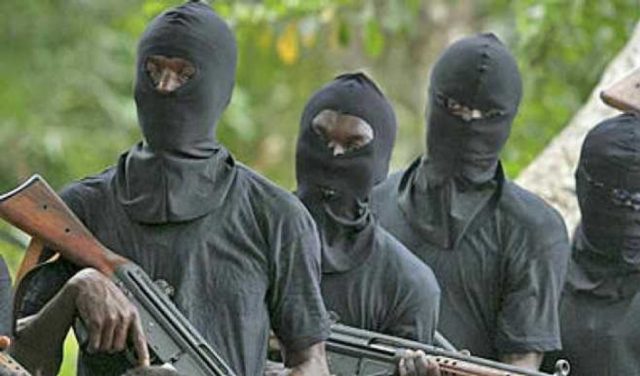 The scale of bandit enterprise is much more petrifying with the incursive attacks of criminal gangs in the Federal Capital Territory (FCT) – the province from where President Muhammadu Buhari presides over the country.

Also, the FCT is the headquarters of the police, army, navy, air force, DSS, NIA, and defence ministry. It hosts all Federal Ministries and the other two arms of government. Unarguably, the incidents of banditry and kidnapping in the nation’s capital ring aloud the complete collapse of security in the country.

Really, it is mortifying that despite the stationing of all security apparatuses in the area, the territory is beleaguered by banditry and kidnapping. As a matter of fact, if the president cannot secure where he resides in, how can he secure other parts of the country? Let me emphasize it again, the activities of bandits and kidnappers in the FCT indict the president and all the security forces. If they cannot secure their base, they cannot secure anywhere in the country.

On Sunday, gunmen, in a derring-do attack, abducted passengers of a public transport vehicle in the FCT. Anjuguri Manzah, spokesman of the FCT police command, said the gunslingers opened fire on the bus before whisking their victims away.

The incident happened on Piri Kwali expressway — just one week after a student was abducted in the nation’s capital.  The 17-year-old student of Federal Government College (FGC), Rubochi, Abuja was said to be sleeping in the residence of one Ahmed Adamu when the bandits broke in about 1 am and kidnapped him.

In November, 2019, bandits kidnapped Ibrahim Pada, a third class traditional ruler of Rubochi in Kuje area council of the FCT, and threatened to kill him if ransom was not paid.

In September, five persons were kidnapped in the city within 24 hours. And in October, nine persons, including a 12-year-old boy, were kidnapped in Pegi, a community in Kuje area council. There have been other kidnappings, killings and robberies by bandits in the area.

Is this is not embarrassing for the security forces and the commander-in-chief?

Bandits fleeing the north-west are finding a haven in the north-central region. And owing to a lack of intelligence and the parlous security arrangement, bandits allegedly propitiated with money by the governors of the north-west, can easily relocate and ply their inglorious trade elsewhere without check. Also, those facing the fire in the region can look for new territories where ransom is handsome.

The security prognosis for the FCT is not a comely one. Being the nation’s capital and with assumed prosperity is an attraction for gangs of malefactors. As a matter of fact, it is grand deception to think the territory will be insulated from the general insecurity. As the north-west and north-east become more unstable, the north-central region, including the FCT will plunge further into chaos.

Here is a synopsis of FCT security prognosis by SBM Intelligence:

”The incidents of the past six months (kidnappings) suggest that the federal capital is not exempt from the wider factors influencing and driving insecurity across the wider region. For the past half-decade, security fissures in such places as Kaduna, Nasarawa and even far-off states such as Benue and Plateau have fueled a significant influx of people into the borders of the Federal Capital Territory. With most of these people either farmers or blue-collar workers, they cannot afford the high living costs of settling in the capital’s core districts, hence the growth in the satellite towns and more rural parts of the FCT. With the worsening picture in the central parts of the country, in the absence of more effective policing as well as an improvement in overall economic conditions, it is highly unlikely that the near-term security prognosis for Abuja is a positive one.”

Again, if the government cannot secure its own neighbours in the FCT, how can it secure Nigerians in my village in Anambra, in Okitipupa in Ondo, and in Ilela in Sokoto?

NWABUFO: Who Will Explain Coronavirus To Buhari?