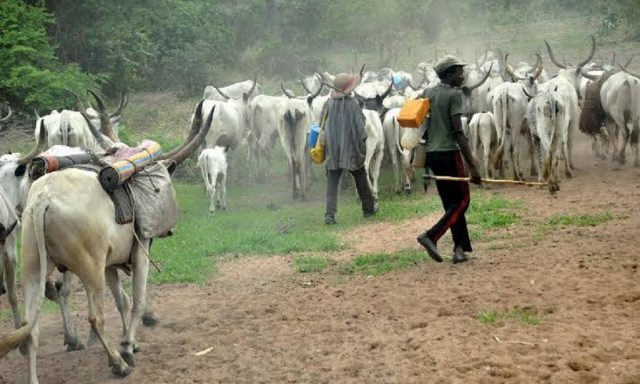 As I said in a column in June 2019, security is everybody’s business. No individual, group, institution or organisation is nugatory in matters of security.  All efforts are needed and all hands must be forged into one fist in the pursuit of peace. In fact, it imperils security if any stakeholder to the peace is “quarantined” and stereotyped.

I believe, there will be more gains in the effort to wrestle down banditry and kidnappings if the people, who can prevail on, apprehend or sway these outlaws are involved in the “sumo”. It is the reason I am strained by the flurry of condemnation of the request by Miyetti Allah to help in fending off the brigands from the south-west.

That Miyetti Allah is seeking inclusion of its members in Operation Amotekun should not elicit wry excitement and suspicion.

On Monday, speaking at a public hearing on the Oyo state security network agency bill 2020, also known as the Amotekun bill, Yaqub Bello, a former chairman of MACBAN in the state, said the incorporation of Miyetti Allah members will be beneficial for the development of peace in the state.

At the event presided over by Abiodun Fadeyi, the deputy speaker of the state house of assembly, Bello expressed the support of Miyetti Allah to the Amotekun initiative, saying only “haters of truth” would oppose such a move.

“Some of us have been in Oyo state for over 40 years, cohabiting with the natives, married Yoruba women and have children. So, our request is to include Myetti Allah as members of Operation Amotekun to enhance the job of the outfit, since we know the terrain of where we rear our cattle,” he said.

“Having Fulani among the outfit will make it easier for Amotekun men to distinguish between genuine herdsmen and the criminals while on patrol. A Fulani man can also serve as an interpreter while interrogating any suspected herdsman.”

I believe the statement of the Miyetti Allah leader in Oyo is noble, passionate and well-intentioned, and should not be scorned.

Ordinarily, I see no distress in this imploration. To me, the hue and cry over Miyetti Allah’s entreaty – particularly on social media — are emotionally charged and sentimentally invoked. It should be considered as a gesture of good faith because it is commonsensical to fight criminality of this ilk with those girded with information and knowledge about the culprits.

On the one hand, there is an outrage over killings by strayed herdsmen and bandits in some parts of the south-west, and on the other hand, there is uproar over the entreaty by the monolithic association for herdsmen to help in checking this scourge. So, where do we go from here?

Although I understand the concerns of those remonstrating, is it not sagacious to involve some members of Miyetti Allah in Amotekun in securing the south-west? I think, the pickle is assuming that an entire group is a culprit or a complicit actor in the crimes of a few. This is the corollary of stereotyping and the concomitants of conspiracy theories of “Fulanisation and Islamisation”. These people have been profiled because of the crimes of a few, and now they are taking the pedal in the purge of their own; yet stereotyped and rebuffed?

With the frightening level of insecurity across the country, no region should rebuff a gesture of help from any party of interest. And with the current federal arrangement no region can secure itself well enough in isolation. I believe to secure all parts of the country, inter-regional associations, stakeholders, and all Nigerians must be involved because we do not exist in isolation – and we are still bound within a territory.

We must give no room for conspiracy theories of domination, invasion or conquest. These are the by-products of ethnic distrust and fear. And instead of running wild with emotions, let us give space to rational thinking and disciplined conversations.

As the Ooni of Ife, Oba Adeyeye Ogunwusi Ojaja II, said: ”Policing is everybody’s responsibility.” We need all the help we can get in keeping our community and country safe. Isolating key actors is a security risk in itself.