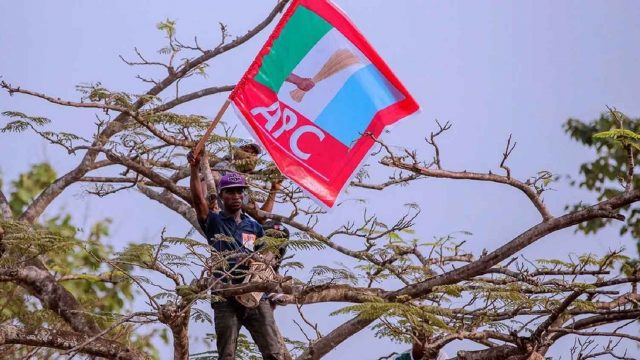 I think solidarising in struggle is more rancour-proof than banding in victory. In 2013, the PDP galloped from one crisis to another until it imploded and lost power at the centre in 2015. The APC appears to be toeing the same path. Since the party cruised to power, it has been embroiled in tremulous wrangling.

To say the obvious, the APC was never a party – in the real sense of the word – but a special purpose vehicle to grab power. To put it lucidly, it is just a club of disparate people desperate for power.

The parties and personalities – Action Congress of Nigeria (ACN), Congress for Progressive Change (CPC), All Nigeria Peoples Party (ANPP), and the new PDP – that dissolved into the APC had nothing in common. The only common ground or to put it sternly, unifying enemy, was former President Goodluck Jonathan.

While Bola Tinubu’s ACN was somewhat liberal and attuned to restructuring with less emphasis on the centre, President Muhammadu Buhari’s CPC had a conservative outlook. Strange bedfellows.

Soon after the APC breasted victory in 2015, the two ”organic” political parties in the union – the ACN and CPC – sparred, though they become united when sharing the spoils of war and in dealing a discriminatory hand to the disgruntled immigrants from the PDP.  A caste quickly developed in the party. While the ACN (bride) and CPC (groom) became aborigines, other groups which worked themselves into the merger became outcasts and expendable baggage. This largely effectuated the leadership crisis in the party at the national assembly.

Again, when political parties do not run on ideologies, but on interest, there is bound to be head-on collisions. Obviously, the merger which resulted in the carnation of the APC was oxygenated by one interest – to grab power. But the brokers of the deal did not ask: “After we take over power what next? How do we manage it? How do we manage the pool of interests? And how do we deliver good governance to Nigerians.”

In July 2018, John Odigie Oyegun was removed as the national chairman of the APC. Months before his destoolment, there were protests for his sack. He was accused of imposing candidates ”at all levels”on the party; of violating the party’s constitution; of working against Buhari; of being highhanded and of being responsible for the leadership chasm in the national assembly.

But are some of these not the same allegations hanging on the neck of Adams Oshiomhole – the suspended chairman of the APC? Just as some APC governors worked actively for Oyegun’s removal at the time; the current governors are also mobilising resources against Oshiomhole. There have been protests for his sack as well, and even some leaders of the party have publicly asked him to resign.

In January, Mustapha Salihu, APC deputy national chairman north-east, said Oshiomhole should not be regarded as chairman since he was suspended by his state chapter of the party. He said this while speaking with journalists at the end of the national working committee meeting of the party.

Hear him: “I am here just to give you a brief of what transpired just now; the illegality that just transpired now. This has been prevalent in this party since Adams Oshiomhole took over. We also want to follow up with the suspension of the national chairman, to know the status, whether or not, as we speak, he is fit to be a national chairman or whether that court order is still subsisting which before the end of today, I will let you know. I will find out if there is any court order that vacates it. If there is no court that vacates it, I will produce the subsisting court order for you for publication and will write to INEC, the DSS, he should not be recognised as the national chairman.”

In February, the Progressive Governors Forum ridiculed Oshiomhole in a leaked memo. It said the party can no longer win elections under him.

“Unfortunately, our party’s NWC is hardly able to come up with any reassuring response.The crisis in the party is clearly getting worse and worse by the day. It has gotten to a stage whereby the competence of members of the comrade Oshiomhole-led NWC to provide needed leadership to ensure victory in every election has been eroded.”

As a matter of fact, it appears the only seal in the crack of the APC at the moment is Buhari, and by 2023 when he leaves office it will give way to a big gush. The APC crisis can only get worse. The party was never meant to be.