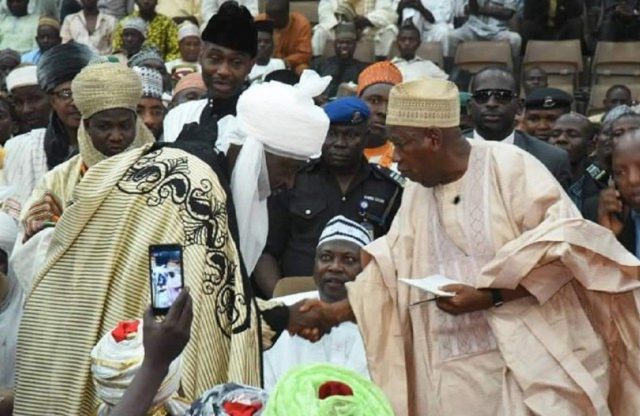 Northern Nigeria is prostrate. It is the axis of uglies – banditry, insurgency, kidnapping, diseases, ignorance, and drug abuse. Alas! The region’s elite are aware of the problems, but look away because the disequilibrious status quo sustains them. What is petrifying, however, is that they maul and clobber at anyone who spits the truth in their faces.

I think, this is the mortal sin of Muhammad Sanusi II, emir of Kano – beyond his politics with Abdullahi Ganduje, governor of Kano.

The World Bank says 87 percent of Nigeria’s poor are in the north. And that while poverty is plummeting in the south, it is rocketing in the upper region.

In August, 2019, the federal government revealed that 1,460 people were killed by bandits in seven months. And that the north-west is the worst-hit by this bloody enterprise. The killings have steadied, expanding in proportion and execution in the region.

In his accustomed manner, Sanusi recently vocalised these depressing figures of retrogression in the north – as regards the World Bank report — earning himself praise from progressive Nigerians and reprimand from the usual suspects — those stuck in the cesspit of bigotry.

Also, the gadfly emir of Kano, whom I regard as the John the Baptist of the north for his vociferous condemnation of this status quo, is alone in his advocacy against irresponsible polygamy, Al-majiri and child marriage – practices the northern elite espouse. He is the face of a progressive north; the northerner of the new age.

As a matter of fact, on different occasions he had complained about the northern elite whom he said wanted to silence him for speaking the truth about the region.

”Our colleagues and compatriots among the elite do not like statistics. Numbers are disturbing. I recently gave a speech in which I said the north-east and north-west of Nigeria are the poorest parts of the country. This simple statement of fact has generated so much heat; the noise has yet to die down. The response to this speech has been a barrage of personal attacks and insults aimed at silencing any voices that dare shine the light on the society to which we are saying Bring Back our Girls,” he said at a lecture held to commemorate the Chibok girls abduction.

And I guess they can only take the throne away from him but cannot take away his royalty in the community of decent humans. Really, I believe the emir would rather give up his throne than be gagged by the shareholders of iniquity.

To say the least, Sanusi’s dethroning was not unexpected. Ganduje had always shown his hand in this plot. Really, the emir of Kano never hid his dislike for him. But what is there to like about a governor who was allegedly caught on camera stuffing wads of dollars into his babariga? In the build-up to the 2019 governorship election in the state, the emir was not shy in expressing his disapproval to Ganduje’s candidature.

So, Ganduje, who considers Sanusi a ”loud mouth”, plotted a bitter revenge after he was re-elected. He had moved to remove the emir in 2018 but for the intervention of some ”higher powers”. However, he whittle-down the power of the emir by creating new emirates from his domain. He was not done though. He rustled-up allegations, set up probe panels – all in the desperation to embarrass Sanusi.

But Sanusi was still talking.

I think, Emir Sanusi is light-years away from the people he is dealing with in Kano government. He is needed more at the top echelon of government where he can contribute more meaningfully to the development of Nigeria.

Northern Nigeria is not ready for an emir like Sanusi. He is ahead of his time.