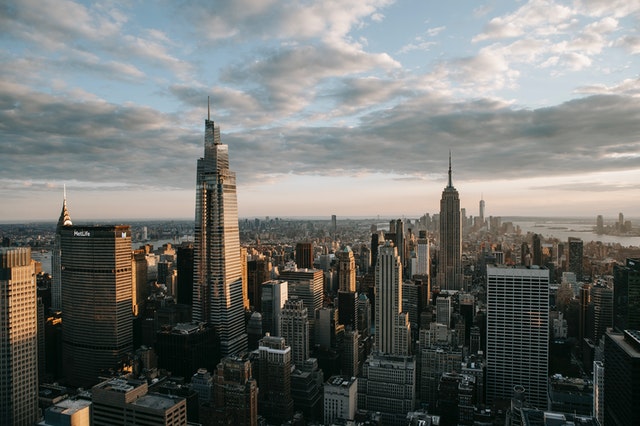 Isn’t humanity in a much better place than it’s ever been?

We live longer than our ancestors did just a few generations ago. We have easy cures for the illnesses that killed them by the thousands. Their travel limit was a few dozen kilometers on foot or with pack animals; we now traverse continents in crafts that drive through the heavens.

We are wealthier, more comfortable, and possess much greater knowledge about the world than the ancients had. From quantum physics to mechanized agriculture, modern medicine and space exploration, human rights, and liberal democracy, the signs and symbols of human achievement are ubiquitous.

It seems clear that the human species has made great progress.

The idea of human progress is seldom questioned. It’s believed by many—perhaps most –in some form. That’s partly because it’s a narrative apparently supported by facts such as we’ve listed above. The concept has become canon among scholars and regular people alike.

A majority of economists, political scientists, historians, philosophers, tech gurus, and governments hold to this idea and speak of it as something foundational. It inspires their actions; they’re all ultimately working towards more ‘progress’.

But there are good reasons to doubt this picture of the human story.

The Many Costs of ‘Progress’

First, the advancements made by humans have come at costs that may outweigh (or have outweighed) their supposed benefits.

Think, for instance, about how contemporary society has produced its wealth. In exploiting the world’s finite resources, we have decimated forests, poisoned rivers and seas, polluted the air, and rendered vast tracts of land infertile. Our actions may have afforded us immense comforts, but they are now making more and more of the earth unlivable. Climate change, driven by human activity, will accelerate this trend in the coming years and decades.

Our cities may brim with economic opportunities. But they are also madhouses, ugly concrete jungles that make us stressed out and depressed. Urban life has largely worsened mental health, as several studies show.

Science has done great good. But it has also introduced new dangers. Nuclear physics has gifted us nuclear energy; it’s also given us nuclear bombs capable of wiping out the entire human race. Medical science has delivered vaccines against deadly diseases; it’s also yielded biological weapons that could ravage cities and countries.

While these weapons have not been used very often, there’s always the threat that they will be deployed on a wide scale. If or when they are unleashed—say in a world war –they could wreak enough havoc to set modern civilization back several thousand years.

We might think that such an event is unlikely. But it only takes a singular unforeseen incident, and a few sufficiently brash actors to make it happen.

Here’s the point: our ‘progress’ in certain areas has produced negative consequences in several others. We are not on a perpetual march forward. We’re rocking between opposite ends.

Already, a lot of the ‘social progress’ we speak of is being reversed through technology.

There’s a growing social aloofness about this surveillance that should concern observers of these trends. It appears that citizens are handing over greater tracts of their lives to corporate entities and governments, without realizing the grave consequences that may result later on. We can only imagine what powers a future government or mega-corporation would have over people; perhaps not dissimilar to the dictatorships of the past.

Don’t get your hopes up about the public pushing back against this. Thanks to social media and its addictive, behavior-shaping qualities, a mass of humanity has been desensitized to the significance of these things. It has become a tool through which powerful interests push and control narratives, divide and conquer the populace, and brainwash them into passive submission.

The picture emerging from all of this is of a powerful elite capable of controlling how and what people think, and possessing unfettered access to every aspect of their lives; and of a majority that simply goes along with whatever these elites espouse, without questioning.

This development renders liberal democracy futile and leads up to a future bleaker than medieval feudalism.

It’s not even clear what we’re supposed to be progressing towards. The more thoughtful proponents of the progress narrative speak of a future that is peaceful and free of poverty and disease.  But there are significant disagreements about what else we should aspire to besides these. One-world government? The dissolution of national borders? Universal secularism? Immortality? Interplanetary civilization? Technological singularity?

There’s also vagueness around the path through which any idealized destination should be reached. For instance, there are competing proposals for how we should attain environmental sustainability and disagreement about what political ideology will take society closest to ‘utopia’.

This lack of clarity opens up the idea of social progress to being fashioned into whatever dream the believer in it wills. It may well be that the widespread agreement on this idea is only superficial. When it comes to the details, we’re left to choose from any number of alternative visions—or invent one for ourselves.

Perhaps this is just a myth that we can tweak as the contemporary conditions of civilization dictate.

We Haven’t Changed One Bit

We are space-explorers now, but we are still as selfish and destructive as our ancestors. Our institutions may have checked some of our excesses, but our tendency to smash and grab hasn’t gone away. Society is always tethering on the edge of chaos.

The gains we have made can be reversed; it’s happened multiple times in history. Ironically, a lot of our forward-leaps have planted the seeds for just such a reversal. Human progress, regardless of how it’s defined, is not a given.