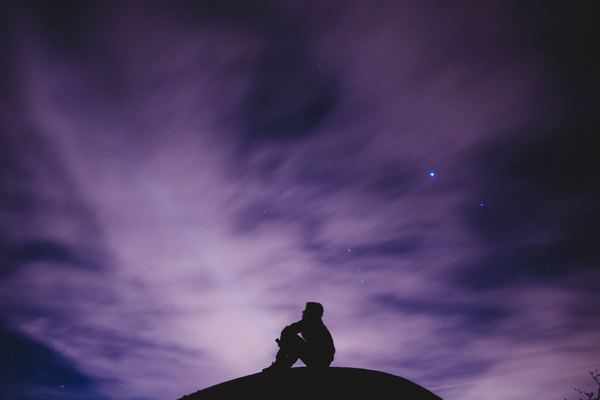 For so long I have desired to write you my immediate reaction to the recent news of your conversion to non-believing apostasy; and your seemingly growing untamable contempt for God- the Christian God. The unruly nature of passing time has however deprived me the luxury of a timeous response. I must say that it has been long while since I have been blessed with the fortune of writing to you; a lot seems to have changed since days of our childhood, long ago.  I hope that you still remember the old days when we sang in the children’s choir and memorized Bible verses; days when we lived only for the first day of the week; when we go to church in our well pressed shirts and shiny shoes. Looking back now Skepticke, indeed our heads were filled with fantastic dreams, but doubtless, our joy was real.

We seem to have taken different paths since then Skepticke, both in life and in our disposition to matters of controversy. With a certain tone of defeat, I had before declared that the news of your conversion or, should I say deconversion seems to me a final blow, the last straw that broke your camel’s back on the road to its only chance of redemption. But it didn’t come to me as a surprise, for I have always suspected your halfhearted devotion to sacred matters. You say to me that deep-down your heart belongs to God; but I have always wondered why it just didn’t seem true. Skepitcke, the facts never did support your claim!

So you see Skepticke, I must apologize head-on for the sharp and rather harsh tongue with which I have expressed myself. I could say that it expresses the sense of urgency with which I write this. But beyond that, it is most certainly for the unfortunate end that I believe awaits you and other pilgrims as yourself who journey this part. So Skepticke here I go, shifting gears and hoping that by God’s mercies, harsh words may make up for the failure of sweet sugarcoatisms that have so far led you up to the threshold of eternal destruction.

I will like to begin with the most prominent of your several apostatic protestations which you and your fellow recreants are quick to sputter like an article of faith for your faithlessness; “if there is a God, why does evil exist in the world?”. First Skepticke, you would agree with me that your new found faith is a religion of questions, and while it is good to ask questions and rebuff meaningless dogmas, it amounts to more foolishness to rely upon unanswered questions and no less building an edifice of a new religion on the foundation of nothingness. Skepticke, this is where you have founded your belief; believe in unanswered questions, a faith in faithlessness. I am inclined not to give any credence to your concerns. But I would rather give you the benefit of the doubt; that those questions that have led you to a point of disbelief are genuine concerns. So I will attempt to answer your question. Hang on my friend…

It was never designed to be this way. God in his wisdom made the world to be a perfect place for man and beasts where both can live in a state of peaceful existence and good, void of any iota of evil. After, God then went on to give man the right to choose between the Good He has made, and Evil. You see Skepticke, God the author of justice and truth knew that ‘Good’ would be of no good if it was not freely chosen. So He left it to man’s volition. Man chose evil and God’s perfect order of the world collapsed, at man’s choice. You’re inclined to ask, if he was God, should he not have known what man’s choice would be? He knew. More like the way you know in matters of emotion that the love you give will not be returned, but you give it anyway, don’t you? But that is not all, for I must be forbidden to subject God to such hopeless affairs of man’s affection. As you know Skepticke, He had better plans before the beginning of the world. It is enough however to say at this point that the existence of evil in the world was at the instance of man’s wrong choice, not a product of God’s desire.

You will observe, my friend that the evil which began merely as an insatiable lust for food leading up to the eating of a forbidden fruit has now transformed into far greater perpetration of atrocities. Today, the culture of sexual immorality is now widely celebrated in the world through the media and the entertainment industry to the end that even professing Christians likewise are not inoculated from this besetting lust. The genocidal killings of unborn babies are now mainstreamed as altruistic act necessary to ‘save the world’. These and many more are fruits that the seed of evil we sow must bear. Skepticke, do you ever think like I often do, that for instance, maybe in the senseless and relentless killing of unborn babies we have destroyed our own chance at solving the mysteries around some of the greatest social problems we face in the world today? Great inventors like Edison, Einstein, and Newton whose minds were repositories of great scientific breakthroughs would not have impacted the world positively if they had been expunged from the womb. If this inhumane practice had been their unfortunate fate, the benefits of civilization would not have been ours to enjoy today. You see Skepticke, the consequences of man’s bad choices runs deeper into the distortion of the order of his existence, so deep he may never know.

Also, implicit in your question is the presupposition that you possess at the very least, little knowledge of the nature of God- the Christian God. This is equally true for others as yourself who ask this question in this typical sanctimonious fashion. It is appalling to find persons as yourself who know nothing, or have sought to know anything about God speak of his character. You have never for once read through even the first book of the Bible and yet you are drunk on the arrogant duty to ‘keep God’ within the bounds of human reasoning. Is it not wise and reasonable that you have first gotten yourself acquainted with facts about the matter you seek to address. Skepticke I think that if you must speak of God, it is only fair and wise first to know of him. For how should you assume the right to speak of one whom you know nothing of?

I say this Skepticke because I know you. I know of what was your empty service and religion of emotion, totally bereft of knowledge. You could never read the Bible for half an hour without the lethargic feeling likened only to the drudgery of a mason. So you relied upon false experiences of ‘prophets’ and soothsayers, which has led you into abject unbelieving.

I urge you Skepticke, if ever you should want your doubts about God taken seriously, begin by an honest and obsessive reading of His word, know that you know the object of your enquiry as much as you can. Seek to know the Christian God (I assure you, he desires to be known) for only then will your doubts (if any still) be taken seriously.

Renowned Surgeon Ben Carson Praises Nigerians In The US: “They Are Not Held Captive To A Victim Mentality.”

Renowned Surgeon Ben Carson Praises Nigerians In The US: “They Are...