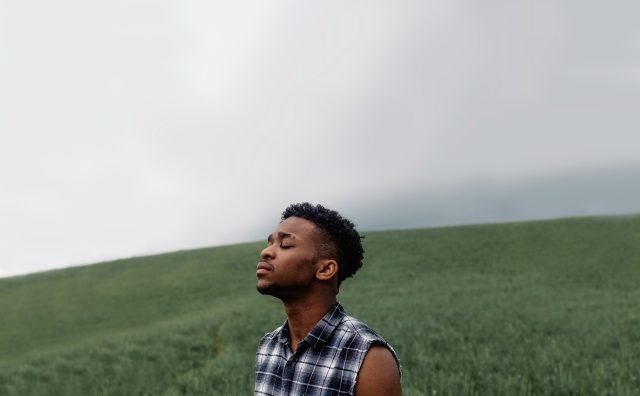 There’s plenty of evidence that religious countries are poorer, and less-religious ones tend to be richer.

Take a Gallup report from 2010, for instance. It shows that, of 114 countries surveyed, the ones with the most people who considered religion important to them tended to be the poorest of the lot.

Bangladesh, Niger, and Yemen were top of the religiosity index, with over 99% of people in these places devotees to some form of religion.

Contrast that with Estonia, Sweden, and Denmark—all relatively well-off –where only 16%, 17%, and 19% of citizens say that religion is important to them.

This apparent match becomes even more convincing when one looks at the averages. By Gallup’s calculations, countries with per-capita incomes of $0-$2,000 (the lowest income group) were 95% more likely to take religion more seriously than not.

Compare that with countries whose per-capita incomes exceeded $25,000, where only 47% of people were likely to be religious devotees.

Similar research done by the Pew Forum has returned data seemingly confirming this correlation. Their findings are illustrated in the map below.

Notice that it says 88% of Nigerians think religion is important to their lives.

So what’s the problem with the data?

Nothing. That’s my answer.

But there’s a big problem with the way they’ve been interpreted. Let’s see what these interpretations are.

What The Data DOESN’T Say

Not surprisingly, many have looked at the data and decided that, for countries to become prosperous, they must become less religious.

At first glance, there’s seemingly a good deal of research results backing up their thinking.

For instance, between 1947 and 2001, belief in God fell 33.6% in Sweden, and 19.9% in Australia. Both these economies have grown and industrialized quite strongly over that period. This picture is replicated over most of Western Europe.

Another group thinks that the causation has gone in the other direction. They say that societies become more secular as a follow up to becoming more prosperous. Again, there appears to be evidence of this even if anecdotally.

All it says is this: countries seem to become less religious as they become more prosperous, or vice versa. It tells us nothing about whether religion and prosperity are directly causally connected.

In simple terms, correlation does not imply causation. This is something you learn in any proper beginner-level statistics course.

First, if you examine the link between levels of religiosity and development over time, you realize that there’s no uniform rule that links these indices for most countries in the world.

Most countries in Europe were still very religious when they began industrializing. As English Heritage points out, England was a “Christian country” with an “overwhelming Christian majority” throughout the 19th century. Note that the industrial revolution (which led to the country’s prosperity) was already well underway.

Until recently, the United States has bucked the trend in the west. A Pew Center study shows that about 53% of people in that country take their religion seriously. That’s significantly more than the average for most Western countries. Yet the United States is a first-world country.

There are even more holes in the secularists’ argument from the data.

Take some of the wealthier Gulf states, for instance—Bahrain and the UAE. Both are relatively wealthy nations. More than 99% of the population in both countries is religious (and overwhelmingly Muslim).

I argue that these ‘outliers’ (and there are more) are enough to place a big question mark on the idea that less religion is necessarily caused by a decline in religion or vice versa.

It’s easy to embrace sweeping explanations. They are easier to digest and make for great talking points.

But the truth is often more complex. And that is true for the issue we’re examining here.

The fact is, the decline of religion (or its persistence) in various countries is often better explained by events that occur within their borders than any global trend.

Indonesia, now a middle-income country is still overwhelmingly religious. It has a devotee ratio of 93%– more than countries like Nigeria and the Ivory Coast. Curiously, many of the trend-buckers are deeply Muslim. Is there something about Islam that rebuffs secularizing tendencies?

Iran and Turkey have a less devout population, but we can put that down to the secularist governments they had earlier in the 20th century. Ditto Egypt. Algeria has been heavily influenced by secular French colonialists.

China and North Korea are overwhelmingly non-religious (74% and 64% respectively). But China is an economic power, and North Korea is a starving pariah state. The difference? The former embraced the market economy; the latter shut the world out. Both are largely irreligious mostly because of their government’s historically communist (read: anti-religious) stance.

Apply the principle of local social evolution across the board, and you’ll see that it’s a better explainer for the data we’re presented with than some grand narrative pushed by avowedly secular commentaries.

I am prepared to admit that, for a lot of poor people, religion is an anchor. It’s probably even a crutch for many. But religion as an object of hope isn’t necessarily a bad thing.

In any case, religion doesn’t exist to make countries rich. It exists to connect us with the Divine, and with each other, as a community of believers who are committed to rituals that strengthen us spiritually.

It only becomes a worry if it gets in the way of getting important things done. Important things like improving the conditions of existence for humanity.

It doesn’t have to. The work ethic of 18th-century protestants in Europe was a major spur for the industrial revolution (hence the theory of the protestant ethic). And a multitude of religious people have contributed to the improvement of economies across the world.

They are proof that we don’t have to lose our religion to become a wealthy society.

In any case, religion doesn’t exist to make countries rich. It exists to connect us with the Divine, and with each other, as a community of believers who are committed to rituals that strengthen us spiritually. It’s worth remembering this whenever the argument around religion and economic wealth comes up.