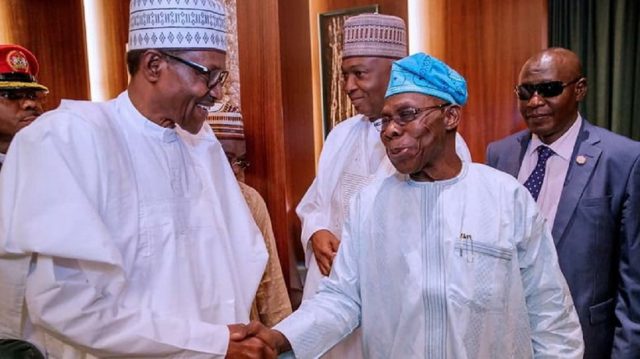 In his new year’s message to Nigerians, President Muhammadu Buhari continued his litany of rendering promises to his fellow countrymen. This time he dismissed the claim of harboring a third term agenda and solemnly pledged to leave office in 2023.

“I understand very well the frustrations our system has in the past triggered. I will be standing down in 2023 and will not be available in any future elections,” Buhari said.

He further promised to strengthen the electoral process both in Nigeria and across West Africa.

As always, statements like these are welcomed with mixed feelings; supporters applauded him as an epitome of integrity, while the opposition expressed skepticism.

However, the history of both Buhari and Nigeria is a worthy context to examine.

In an interview Buhari granted Sunday Trust before running in 2011 he promised to contest for only one term due to his old age. “I’m not getting younger. If I succeed and do one term, I will be 73 years old,” he assured.

Although the Nigerian constitution grants presidents and governors two maximum terms of four years each, after which they will no longer be eligible to contest for those offices, this has not prevented politicians to seek for extensions.

Towards the end of his second term in 2007, former president Olusegun Obasanjo pushed hard on the Senate to amend the 1999 constitution so as to allow him contest for a fresh term. This was after Obasanjo had earlier promised party members that he wouldn’t contest elections anymore.

The Obasanjo third-term campaigners argued that allowing him to run for another four years in office, would give him the opportunity to cement wide-ranging liberal reforms for the country.

Thankfully the Senate didn’t capitulate. Perhaps, it needs to be said that when it is a matter of elections, politicians are quick to throw their promises to the wind.

Strong men in politics have been defined as leaders with authoritarian tendencies, who act swiftly or even brutally and bypass laws, if necessary, in pursuance of the common good. There is then the urge to equate ‘effective’ and ‘good governance’ with dictatorship or authoritarianism.

In a 1995 New York Times article, “In Nigeria, a Strongman Tightens the Vise,” Howard W. French pointed to dismissals and mass arrests as two characteristics of those who desired to hold on tenaciously to power.

According to French, Gen. Sani Abacha ruled through many vices including shutting down newspapers and even reaching deep into the bureaucracy to firing anonymous civil servants.

Today in Nigeria, bills are being thrown around by the nation’s strongmen to gag and curtail speech. The president on his part is assuming the role of the executive, legislature and judiciary put together. A role that he can never be trusted with in a truly democratic society.

The forceful removal of former Chief Justice of Nigeria, Walter Onnoghen, and his replacement by Tanko Mohammed is a worthy mention. Also, the placement of Senator Ahmed Lawan and Hon. Femi Gbajabiamila as President of the Senate and Speaker, House of Representatives, respectively cannot be treated flippantly.

For Nigeria to remain a true democracy, visionary leaders who will build strong institutions are needed.

At every election cycle, politicians continue to assure Nigerians that they would soon begin to ripe the dividends of democracy.

However, a glance at the system shows one filled with suspect of the judiciary, abject rejection of the rule of law, lack of respect for the rule of law, rigged and forged elections, a media censored, gagged, and suppressed by the government, lack of accountability, to name a few.

As writer and lawyer, Olufunmbi Kehinde, observes, what Nigeria truly needs are, “capable, reliable, and transparent institutions; strong and viable legislature; honest police forces; independent judges; an independent press; a vibrant private sector and a civil society to give life to our democracy.”

In spite of the promises from the strong men – which are never kept – Nigeria requires strong institutions that would withstand their virulent attacks and build a great nation for generations unborn.