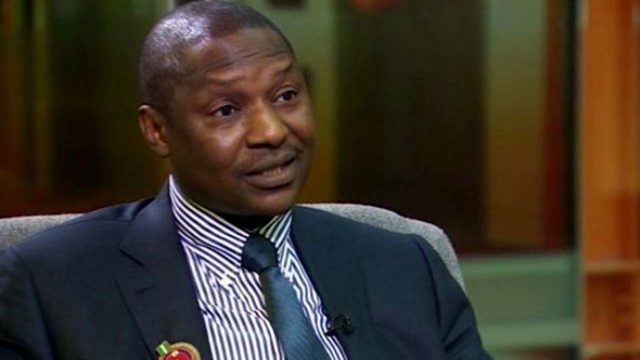 Many have criticized Buhari following his refusal to appear before the Joint session of the National Assembly on the aftermath of Boko Haram’s beheading of several rice farmers in Zarbamari Village of Borno State. After a boisterous session, the House unanimously passed a resolution to summon the President to give account of his efforts to tackle the rising insecurity challenges in the country, especially in the Northeast region.

The Guardian Newspaper on the 10th of December reported that the House Speaker, Femi Gbajabiamila had hinted the House, upon his visit to the Villa that the President was willing to accepts its summons and attend the house Joint session to answer questions on the President’s anti-insurgency war.

It however came as a rude shock to many onlookers when on Wednesday, the 15th December, 2020 the Attorney General of the Federation and Minister of Justice, Abubakar Malami issued a statement, contending that the National Assembly was acting outside its constitutional bounds and that it had no power to summon the President on operational use of the armed forces. He argued further that the right to attend session is discretionary. According to the learned silk, section 218(1) of the Constitution of the federal republic of Nigeria which provides that “The powers of the President as the Commander-in-Chief of the Armed Forces of the federation shall reflect include power to determine the operational use of the armed forces of the Federation” empowers the President with a unilateral decision-making power to determine the security strategy of the country. In further defending his stance , the Minister maintains that by virtue of section 67(1), the President holds a discretionary right on whether to attend the House’s Joint session.

Where Did Malami Get It Wrong?

In what seemed to be an ingenious attempt to cover Mr. President’s gross failures to adequately tackle the spate of insecurity in the country head-on, with due respect, our dear Minister of Justice made obvious constitutional blunders by his unscrupulous interpretation and interpretation of the Constitution.

Another pertinent piece of Legislation to note is the Legislative Houses(Powers and Privileges) Act, 2017. Section 2 of this act provides that “The Legislative House or Committee shall have power to summon any person in Nigeria to come and testify, give account, tender a document or any other record in evidence….”

One major pillar of a representative democracy is the principle of Checks and Balances, which ensures that the three arms of the government are answerable one to another without interference. It is upon this constitutionally enshrined principle that the Minister of Justice’s reasoning falls helplessly. It is important that those who have been made custodians of our laws discharge their duties in good faith; for that is when the citizens will truly believe in our democratic society.