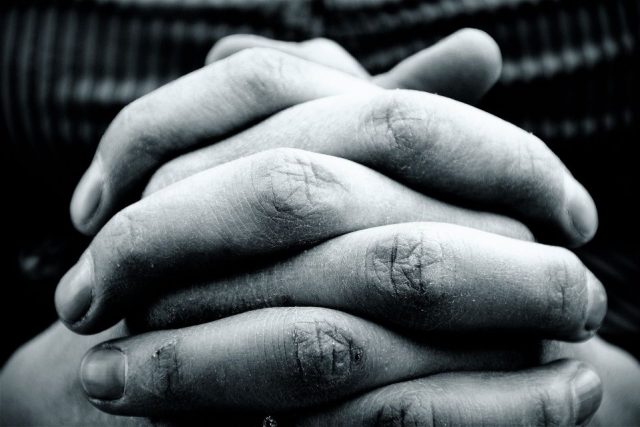 It’s the prayer of the patriotic citizen, said casually as a greeting, or uttered with the firm belief that God is actually interested in showering divine favors on a geo-political entity.

Perhaps it doesn’t sound genuine when it rolls off the lips of a treasury-looting political office holder at the end of a scripted public address. But when it’s voiced by the fervent believers in the Nigerian project, it usually comes like a heartfelt plea to our Creator.

When they say those words, they seem to be affirming that God will someday ‘have mercy on us’; that He will intervene to heal our national wounds and lead us to our socio-economic ‘promised land’.

It turns out that God isn’t obliged to make our national dreams come true. In fact, he’s very likely not interested in fulfilling them.

Nigeria is, first and foremost, an entity created by humans for humans, and designed to achieve purely human ends. This is true for every other country on the planet. When we build empires to ourselves without consulting Him, we cannot possibly expect Him to just ‘bless them’.

The major faith traditions suggest that He will respond in one of two ways: He will either tell us how silly our empire-building enterprise is, or let us go on with our self-serving project so that we experience the horrible end of our prideful pursuits and learn from the ruins of our Babels.

But is nation-building really a selfish project? Isn’t there something Godly and selfless about it, which makes it worth presenting to God for His blessings?

Many Christians and Muslims believe that God gets moved to act in favour of countries when their political leaders are loyal to Him. People who have this view of God’s interaction with state politics typically point to sections of sacred scripture which purportedly show that God does have a hand in the affairs of.

For example, a well-known Bible passage (2 Chronicles 7:14) affirming God’s willingness to “heal the land” when its inhabitants turn to Him is regularly quoted as a declaration of His alleged intention to boost the national GDP and remedy our power supply issues, if we stopped being so unrighteous.

The scriptures do say that God brings healing to people who turn from their “wicked ways.” But it doesn’t follow that He assents to their economic or geopolitical agendas. That’s a totally different kettle of fish. The ancient Israelites only prospered when they let God dictate their domestic and foreign policy.

Apparently, we want the benefits of a Biblical theocracy, but we also want to keep our secular (read: self-driven) political system. We can’t get both at the same time.

The religious texts of the dominant monotheistic faiths seem to show that God, when he acts in the national affairs of any country, does so ultimately for His own glory. His blessings are not an end in themselves, but a means to an end, one which He alone has ordained.

When we pray God’s blessings upon Nigeria, we had better be sure that we’re letting Him dictate the country’s rules as well. Unless you’re going to run with law codes handed down from heaven and be governed by a ruler who God Himself directly handpicks (as God’s people were in the Old Testament of the Bible), you shouldn’t be so certain that God has a stake in your country.

According to religious texts, God insists that we show concern for the poor and the oppressed. Any country with a significant degree of failing in this single respect flunks the Godliness test (see Isaiah 1:17).

This rule basically sticks every single nation on the planet into the fail bin.

Here’s something else worth considering: if God’s interaction with His people through national institutions (like the Temple of Jerusalem or the palace prophets) has been superseded by His interaction with them as individuals (as Christians say), it probably follows that asking God’s blessings for any specific geopolitical entity isn’t the right thing to do.

On this view, the right thing to do would be to ask for God’s blessings on the individuals who live in our country. Our prayers should be for them as human beings, not just as Nigerians.

There’s nothing particularly significant about being a Nigerian (or not being a Nigerian) on the cosmic or eternal scale of things. What will ultimately matter is whether we are faithful in our service to God and to other people.